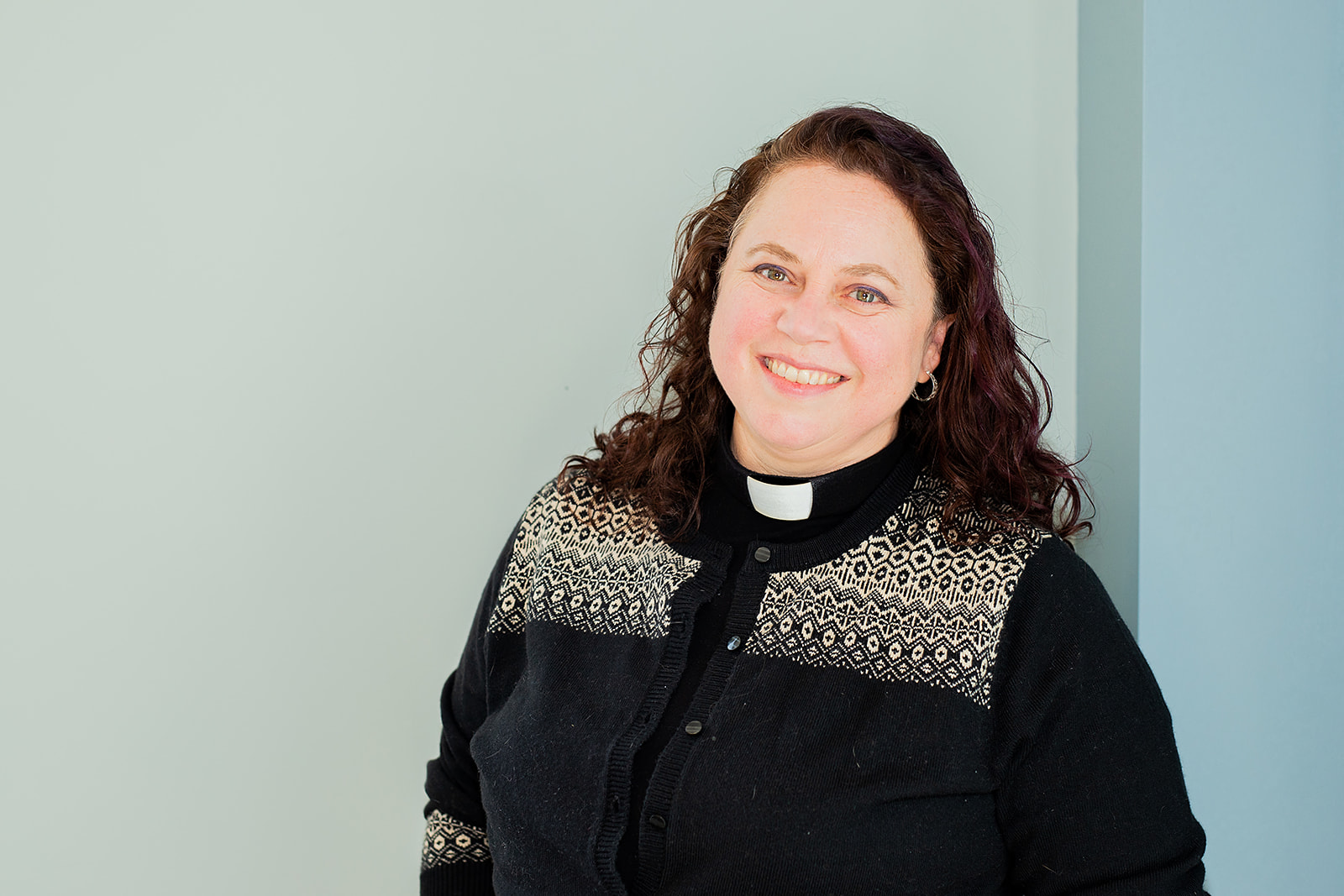 Pastor Aimée Appell holds a Master of Divinity degree from Luther Seminary in Saint Paul, Minnesota. She has a big heart and is passionate about finding creative ways to share the gospel and to live the gospel in her daily life. (You can check out some of her sermons here.) Her preaching is further enhanced by a rich history of work and travel. She has been employed as a bus driver and travel guide in Alaska; a CDL trainer in Utah; an office worker at a University in Seattle; and yes, she has also done her time scooping ice cream in an ice-creamery.

When not focusing  on her call at Peace Lutheran Church, she can be found spending time with family, knitting, reading, gardening, or exercising at the YMCA. Mother to three wonderful children – Elinor, Holden, and Grace (as well as three dogs, two cats, a snake, and a fish), she and husband Nelson have been married since March, 2000. Nelson serves as the Director of the Washington Public Library, where he has worked since 2012. 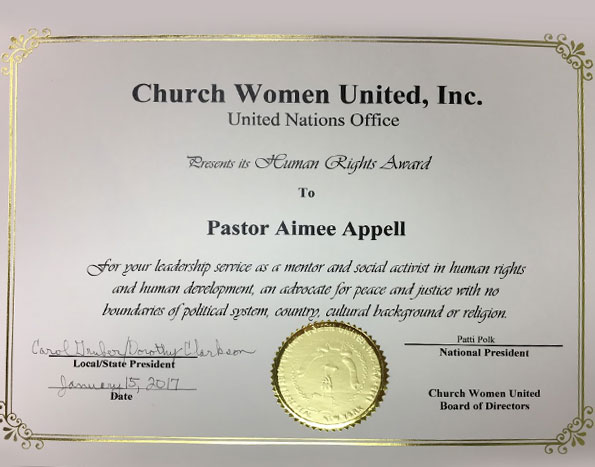 Pastor Aimée is the Chairperson of Neighbor’s United: Undoing Racism, which meets  on the first Saturday of each month  at Peace Lutheran. She has moderated a discussion on Interrupting Racism at East Community College, attended the 2009 and 2015 Parliament of World Religions, and is an outspoken proponent of love and inclusion. In 2017, she received the Humanitarian Award from Church Women United of Franklin County.

In 2018, she and her family traveled to South Africa for five weeks and to France for three weeks as part of a four-month sabbatical, made possible by a  Clergy Renewal Grant from the Lilly Foundation. After returning from sabbatical, Pastor Aimée renewed her commitment to issues of racial justice in the community and the church. In the summer of 2019, she began working on a Doctor of Ministry degree at Columbia Theological Seminary in Decatur, Georgia. With plans to graduate in 2023, she is using this program to study ways pastors and congregations can better engage in conversations about race from the pulpit and in their communities.

Sundays at 10AM (Adult Education and Sunday School start at 9AM)